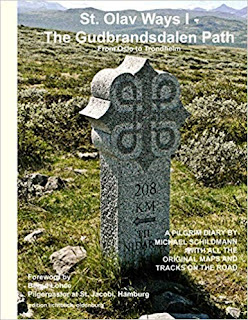 From Oslo to Trondheim in 35 days
Michael Schildmann

Paperback
204 pages
ISBN-13: 9783750410329
edition lichtblick
Englisch
Route maps with the author's markings
Many color pictures, 20,00€ E-Book 7,99€
Order at your local bookstore or here.
(The translation was created with the help of DeepL, so may be it's not perfect, but I'm sure you will understand it.)

Michael Schildmann, born in Westerstede/ Ammerland, now lives in Oldenburg. He started his first pilgrimage in 2007, which took him on the Way of St James - from the Somport Pass on the French border via Santiago de Compostella to Muxia on the Atlantic Ocean - one thousand kilometres. Because he had so much to tell, a private photo book was followed by a photo exhibition, which has since been shown at over thirty different locations in Germany, lectures and then an illustrated book in his own publishing house was edited by him.
Like many other pilgrims, he wanted to set out again on the (pilgrim) way and found by chance a Scandinavian pilgrim way, the Olavsweg. This path, which goes back to the historical King Olav Haraldson II, has been marked again since the mid-1990s, but was still very unknown in 2010. There were two Norwegian websites with maps and an outdated English guide.

Thus his first pilgrim's report (from Oslo to Trondheim to Nidaros Cathedral), published in 2011, was a special feature, as it was the first book to present the Olav Path to a German audience. This was repeated in 2013 after his second Olav Path (from Sundsvall in Sweden) and in 2018 after his third Olav Path (from Karlstad in Sweden). He is one of the very few pilgrims on the three most important Olav's Trails, but the only one (German) to have published a book on all three.

All three volumes contain diary entries for each day, infos to interesting points at the wayside, the route maps with the author's markings (vol.1 + vol.3) or road sketches (vol.2).
This makes the e-book also very suitable as a guide.

In addition, Schildmann tells of many encounters on the way, with locals, because he almost never met pilgrims. The fact that this has changed a bit is partly due to his books.
One can find further information under www.michael-schildmann.de or get from the author michael.schildmann at web.de.
All books are (also as E-books and thus thanks to inserted maps super for on the way) over the book shops or on in the Internet.
German editions: 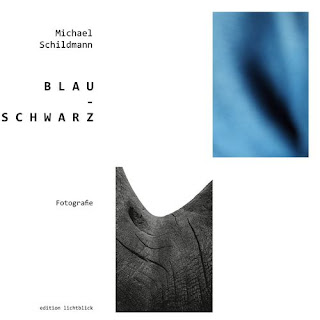